I wear vegan shoes,
um, I buy vegan bags
I cook vegan recipes, I eat delicious vegan chicken nuggets
I go to vegan restaurants
I put almond milk or coconut milk in my tea.
I sometimes buy wool jumpers
On my birthday, I have been known to eat birthday cake
If I have a really, really bad day, I might eat some BBQ flavoured Hula Hoops
which have dried whey, which is like from milk, um, as the sixth or seventh ingredient.
I used to identify as vegan, I used to call myself vegan
and now I try not to because I am not fully vegan.
I sometimes use the word on Twitter and, like, other places
where you’re trying to fit a lot of information into a short space
cuz it’s hard to fit ‘I’m a vegan 98% of the time but I did eat a Wotsit a couple of weeks ago’ into 140 characters
I also sometimes use it because it’s helpful when people say
“Oh why aren’t you eating this? Why won’t you eat this?”
and I can say “Oh, because I’m vegan”.
Or if people are asking about my dietary requirements
for an event, I can just say vegan, that’s easy
because the majority of the time, my diet is vegan.
I believe in all of the ethics behind veganism, there’s no point in trying to convince me otherwise
new commenters, who’ve come across this video and are going to leave interesting comments.
I try to live by my principles in life the majority of the time
especially when it comes to food, which is very personal
I never want to deny myself things to the point of just being really unhappy or mentally unhealthy
Meat and fish, I won’t touch. I won’t go near them.
But eggs and dairy are a little bit harder sometimes
I don’t know if that’s because I only went vegan a few years ago and I’ve been vegetarian for a long time
I also believe that Topshop sweat shops are wrong
and single use plastic is wrong and iPhones are very obviously wrong
but there is Topshop in my wardrobe and sometimes I buy bottles of peach iced tea
because I love peach iced tea
and there is an iPhone in my pocket
I do believe in living your beliefs as far as you possibly can
and what’s reasonable for you in your situation
I think if we’re all honest with ourselves, the majority of us could be doing a bit better
but I really don’t want to bring shame into this
I have been shamed by so many people over ethics, food, fashion
and it just doesn’t work.
The solution for me is just to find practical ways of doing better.
Get a Keep Cup or something similar so you’re not responsible
for all of those Starbucks cups that can’t actually be recycled. Google it.
Buy less fast fashion, eat less meat, eat less dairy,
buy cruelty free make up when you can.
A lot of people say they became vegan because of me
which I think is great, obviously
but I worry that, especially on the internet,
there’s this kind of gold standard that you have to live up to.
The weird thing is that I’m not worried about being shamed or attacked by other vegans
because even though I know there is militant veganism, like there’s militant everything
but I don’t get attacked by other vegans basically ever, I get attacked by people who eat meat.
I think sometimes people think that I think that I’m better than them.
I feel like that gets projected onto me and then people want to find ways of tearing me down
and proving that I’m not as good as I think I am.
Why?!
There will be comments on this video probably saying like ‘Haha, I found the vegan’
‘because she can’t help but tell you she’s vegan!’
but I’m literally talking about veganism and morality and how I’m not 100% perfect.
It would be hard to do that without mentioning the word.
When people ask me about my diet out in the world outside the internet
I usually say “I’m a 97% vegan”
I’d like to be 100% vegan because I think that’s what’s right
The egg and dairy industries are sometime crueller than the meat industry
I will strive to achieve that goal because I want to live in line with what I think is right
but until then, I will not beat myself up if I eat a Malteaser.
The comment section will do that for me!
I really don’t know what the take away point of this video is
I guess, live as ethically as you possibly can within reason
Follow the path of happiness, not shame
Please don’t yell at me on Twitter
Try and find little ways to live more ethically, if you can
before we destroy the world completely and it all comes crumbling down around us
Let me know what you think about the grey areas of ethics in the comments below. 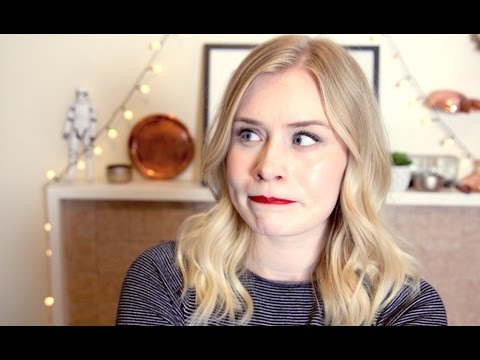 All credits go to Lex Croucher