My name is Shannon Clarke and I’m from Miami,
Florida.
Three years ago I went to a bookstore looking
for a book on healthier eating and picked
up this book and it happened to be a book
on veganism and I was deeply moved by it and
decided that I would become vegan.
One thing I didn’t expect though was the
fact that I would be just shedding pounds
and at first I felt very uncomfortable about
it because I was not in control of my body
and I wasn’t purposefully trying to lose
weight.
I went from being size 14, size 16, to eventually
coming down to where I am now as a size 8,
size 6.
And I guess the first change I saw was I went
from feeling invisible in the lesbian community
to feeling visible.
I was now having an impact on women when I
would go out to lounges or happy hours.
One particular situation that happened was
when I attended a happy hour and I saw the
most amazing woman, she was just breathtakingly
gorgeous.
And I somehow found my way sitting next to
her and we started chatting and by the end
of the night I received her phone number.
For me, that was mission accomplished.
I ended up leaving the place with her and
a friend and on the way out, she’s walking
by my side and then puts her arm around my
shoulder and whispers in my ear, “So are
you going home with me tonight?”
And my jaw just dropped.
Never before, 1) would anyone ask me something
like that and 2) being asked by a woman who
was incredibly beautiful.
Situations like that happened and of course
I felt great afterwards but after a while
it became uncomfortable in a sense.
And the feeling was perplexing and I started
kind of intellectualizing these situations
and started deciding I didn’t want to participate
in this superficiality or this strong interest
in body image.
It’s a blessing when you look amazing but
it’s a curse and it’s also kind of a,
it’s disturbing really.
I don’t like that body image plays such
an important factor, particularly when women
are already marginalized and kind of have
someone who’s, a group who has historically
faced discrimination, discriminate against
other women based on their looks is disturbing.
Even now I’m a bit cautious when people
take fancy to me.
I’m not quite sure if they’re looking
at me in this kind of superficial level of
my looks or my body or if they genuinely want
to get to know me.
I’ve struggled in the sense where I’ve
dated women purely for their looks.
Now I try to look I guess in the depths of
one’s soul to discover who they are.
But I think it’s just so important to choose
to value those qualities in a person. 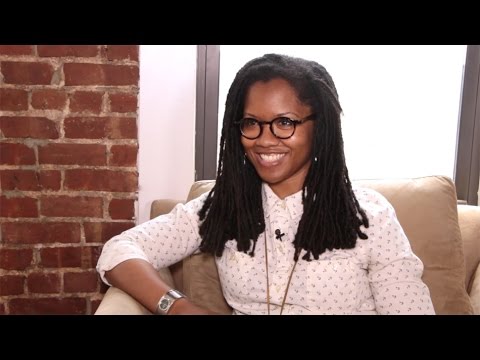 All credits go to ImFromDriftwood